So last week Nokia ASF hosted a Qt WebKit Code Camp in Wiesbaden, Germany. It was the first time most of the people working on - or using WebKit inside Nokia, got together and met face-to-face. It is obvious that we have a great bunch of clever people, but also that we still have a lot of work to do before out Qt port is up to the level of the Google and Apple ports, but don'tworry, we are definitely getting there! 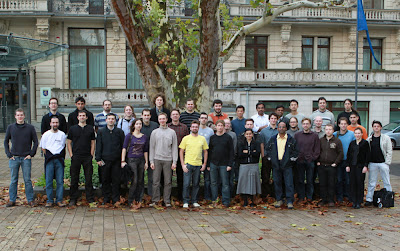 Before the event, I had a look at adding tiling support to see if it would actually bring noticable performance improvements. I did a small presentation about it, which you can find below. [UPDATE] The implementation is an experiment to avoid doing unnecessary calls into WebCore and is only meant as input for other people working on adding tiling support to WebKit. I would like to thanks ProFusion, Antti Koivisto and Benjamin Poulain for fruitful discussions who helped to the current implementation.
Considering Tiling for a better User Interface
View more documents from kchristi.
Having working on NPAPI plugin support before, I can tell you it is not a very beautiful part of a browser. Some time ago, we were so lucky that Girish joined us and implemented support for windowless plugins. Now he has even gone one step further and written a huge blog post about it, something that is definately worth checking out. You can find it here:

Also, join me in congratulating him in becoming an official WebKit committer!

At the office we are starting to get into Christmas mood! and friday I'm heading off to Europe to celebrate the Christmas holidays with my family and girlfriend.

Anselmo just took this nice picture from our office: 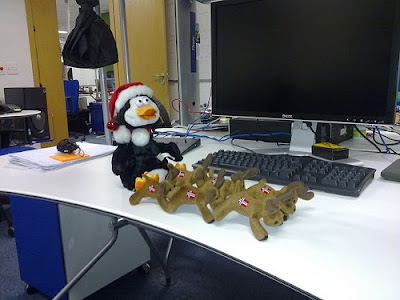 Merry Christmas to you all!
Posted by Kenneth Rohde Christiansen at 10:48 AM 63 comments:

Today is an important day for me, as Qt 4.6 has been released; the first release that I have been deeply involved in.

Actually, I can say that my employer Nokia Technology Institute, INdT, has done a great job on Qt 4.6, as we have contributed to various areas: